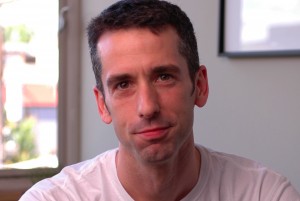 “It’s just a bunch of gaffes. You’ll get through this.”

(SEATTLE, WA) – Normally political commentator and activist Dan Savage does not spend a lot of time worrying about the rich and powerful.  However, the soft-hearted author of Savage Love today found himself needing to send a message of hope to none other than GOP presidential candidate Willard “Mitt” Romney.

“Ordinarily we only do these ‘It Gets Better’ videos for young LGBT children who feel hopeless because they’re the victims of bullying” Savage said, “but this was just something I needed to do after I saw Romney at that 10pm press conference about his Libya remarks.  I mean, he just looked so disheveled and there was something in his eyes.  I just got worried about the guy.” 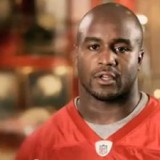 “And then with all of the gaffes he’s made in the last two weeks, and people poking so much fun at them?   I mean, the 47% thing especially …  He just needs to know it’s just an election.  It’ll get better.”

Joining Savage in communicating his message of optimism were former celebrity Gary Busey and the entire defensive line of the San Francisco 49ers football team.  Speaking in turn, each of the video’s participants told Romney not to despair.

“It’ll all be over soon,” Savage said peering into the camera, “and then people won’t make fun of you any more.” 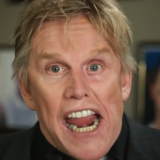 No one really thinks Busey helped.

“You’ll be back in your mansion and won’t have to think about any of this ever again,” promised Busey, “I mean, screw the heretics!  Am I right?!  Of course I’m right!!! I’m Gary Busey!  Heyawww!”

As for the 49ers — they each offered similar messages, with one lineman telling Mitt that he had to think ahead to the future and realize that, in a few years, everyone would be hard-pressed to even remember that he ran for President in the first place.

At the end of the session, all of the contributors spoke together in offering the simple, all-important message that they hoped would give a lonely man solace in hard times.

“Trust us, Mitt” the assembled men intoned in synchrony, “it gets better.”

This entry was posted in Also Inside, Filter, Humor and tagged dan savage, Humor, it gets better, mitt romney, politics, romney. Bookmark the permalink.