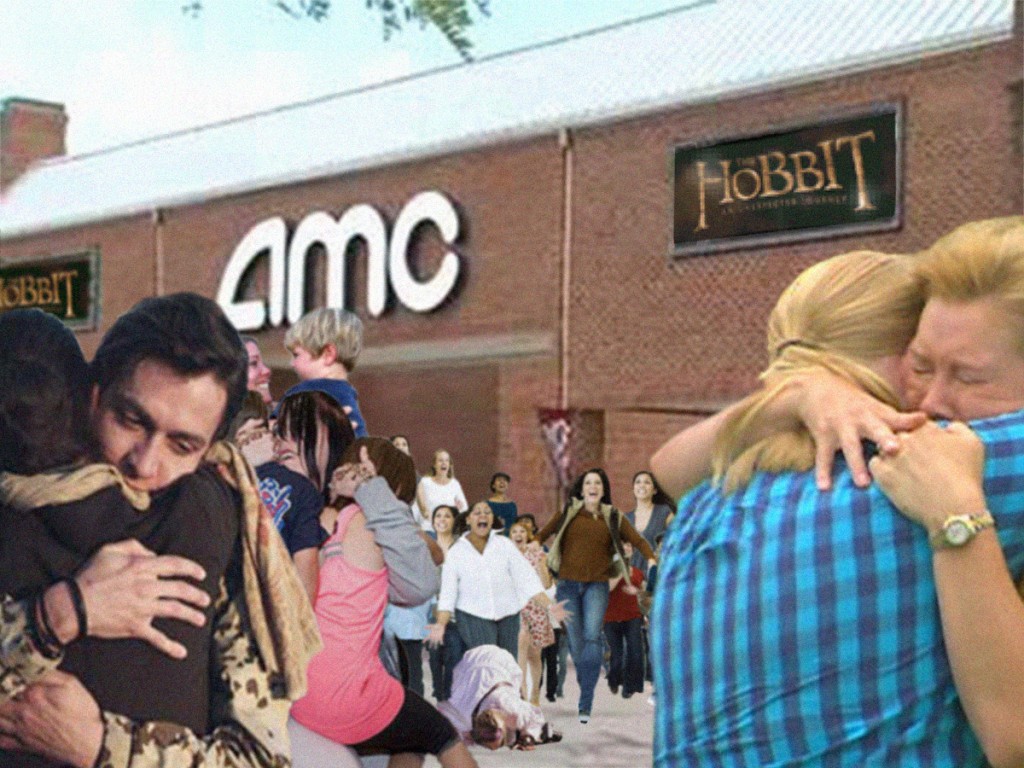 (LOS ANGELES, CA) It’s been just over four months since eager early audiences sat down to the first screenings of the hotly anticipated film “The Hobbit: An Unexpected Journey.”   Sadly and surprisingly for many, those initial audiences are only just now returning to their homes.

“I knew it wasn’t short,” said John Oswald — an exhausted, scraggly and teary-eyed thirty-something.  “I mean I’m a huge fan, and I read all the advance stories that said the movie ran long.  But, you can’t be prepared for how long this thing really is.  I mean, it just kept going … It was like some kind of horrible nightmare.  Honestly, I’m having a little trouble remembering where I live and what my children look like.”

Pausing for a moment, Oswald became agitated and added, “Oh my god, my job! I’ve lost my f****ing job!” before running off in the direction of his car.

Oswald is anything but alone amongst Hobbit viewers in terms of his disorientation and overall delicate emotional state.  Almost every person exposed to The Hobbit has  reported some level of emotional distress and psychological unease.  Indeed, in the next few months, experts say the citizens of the world should expect to see millions more dazed and confused patrons returning home as more and more screenings of the Hobbit let out across the globe.

“These people will be desperately in need of care and help in coming to grips with the time they have lost while watching this interminable film,” stated noted Psychiatrist Edvard Grüber.  “Of course, they will need the love of their families and friends in this difficult time, but just as important, they will need a very specific kind of medical care. No one can deal with this kind of torment without real, focused psychiatric intervention”

Indeed, as a result of the flood of cases he has seen since the Hobbit’s first audience release date, Dr. Grüber has urged that a new category of psychiatric illness be recognized and added to the Diagnostic and Statistical Manual of Mental Disorders.

“The recognition of PJSD (or Peter Jackson Sufferance Disorder) would be an important first step in organizing and normalizing treatment of these lost souls.  It could also be a critical step in educating the public about the dangers of going to future films in this series or, dare I even mention it, buying a dvd or blu-ray of this film.”

As the doctor’s words suggest, and despite the psychiatric communities best efforts, the 620 disc box set of “The Hobbit: An Unexpected Journey” has, indeed, already been released.  The film is also available streaming via Amazon or the iTunes store both of which have upped their regular 24 hour rental period to 6 and a half months to accommodate the movie’s release.

“I know people are big fans of movies like this,” Dr. Grüber concluded, “but I beg you to think long and hard before starting this film.  No matter what you’ve heard, it is much, much, much longer than you think.”

Peter Jackson could not be reached for comment at the time of this article’s publication.

This entry was posted in Also Inside, Breaking, Filter, Humor and tagged peter jackson, the hobbit. Bookmark the permalink.