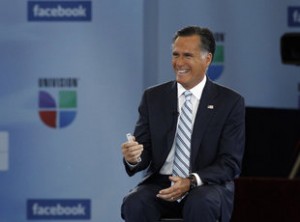 candidate Mitt Romney found time to update his iPhone operating software to the hotly anticipated  iOS6.  “It’s great,”  Romney stated as his makeup artist applied a final coat of bronzer in anticipation of the event, “I really love the maps app!”

The candidate’s comments are somewhat surprising as the new program, which replaced Google Maps on all Apple devices, has drawn fire from many commentators for both excluding much of the nation and simply getting things wrong all the time.  “I think it’s marvelous!” Romney said, “For the life of me, I cannot understand why people don’t like it.”