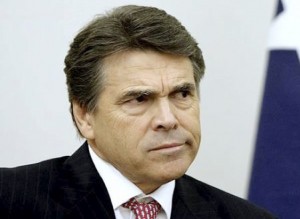 AUSTIN, TX (CSN) – Conservative lawmakers in Texas were flummoxed today as abortion clinics throughout the Lone Star State reopened their doors, claiming to operate under the complete protection of the state’s broad and controversial Stand Your Ground Law.

“Just so you understand,” Dr. Bradford Jenkins cautioned reporters at a press conference early Tuesday morning, “it is not the opinion of any physician involved that there’s a child at issue in an early-term pregnancy termination.  Medically, that’s absurd … we’re just talking about a clusters of cells.”

“However, Texas Doctors have to operate within the legal framework given to us by the Texas legislature … and much of the law coming out of Austin seems to be predicated on the notion that a blastocyst is a child.”

“So, when we learned this weekend that in states with a Stand Your Ground law, it’s actually completely legal to kill a child so long as you holler ‘I’m in fear for my life’ . . . ?   Well, several of us got an idea and contacted our attorneys to discuss it.”

Not all of the lawyers contacted were immediately receptive to the Doctor’s idea.  But most eventually came around to the physicians’ point of view.

“To be honest, my first reaction was: these doctors are mad … this notion is utterly f*cking crazy,” stated Bernie S. Truman — lead attorney for the Lone Star State Alliance of Coordinated Physicians.  “But then I realized that’s precisely why the idea is such a  perfect strategy for the state of Texas.”

“In essence,” the lawyer continued, “as I read state law after Zimmerman (which applied Florida legislation almost identical to the provisions we have here in Texas) — all you need to do is assert strongly that you feel threatened while holding a gun and you can do pretty much whatever your heart desires — including, amongst other things, killing an innocent child.  That being the case, I thought, ‘why not give it a whirl?'”

With this in mind, Truman developed the protocol now in use by doctors throughout the state.  The regime’s guidelines recommend that physicians, nurses, and pharmacists alike “clearly and loudly indicate that they are in fear of great bodily harm from the fertilized egg or embryonic cell mass” while terminating a pregnancy or providing a patient or customer with the morning after pill or even hormonal birth control.

“Better safe than sorry, I always say,” Truman stated with a shoulder-shrug before adding, “Of course, I’m also telling all members of the association to carry a firearm with them at all times in order to guarantee that Stand Your ground and other rights and protections apply to them around the clock and without fail.  Honestly, you’d be surprised at how many privileges of citizenship in Texas attach only to those packing heat.”

Governor Rick Perry, for his part, has indicated that the doctors’ new coordinated strategy has caused him a great deal of introspection.  “Frankly, I’m not so sure I’m still 100% against abortion,” the staunch gun rights advocate admitted, “ I mean, any gun carrying citizen clearly has the right to stand their ground and kill a child if they feel like its necessary at any point.  I believe that with all of my heart.  I also believe passionately that a child exists in the womb from the moment of conception.  So maybe the doctors here are really onto something …  Anyway, I figure I really ought to give this one a long sit-and-think before issuing an official statement.”

“I don’t mind admitting to you, however, that I’m right confused on the matter just at the moment.”  •