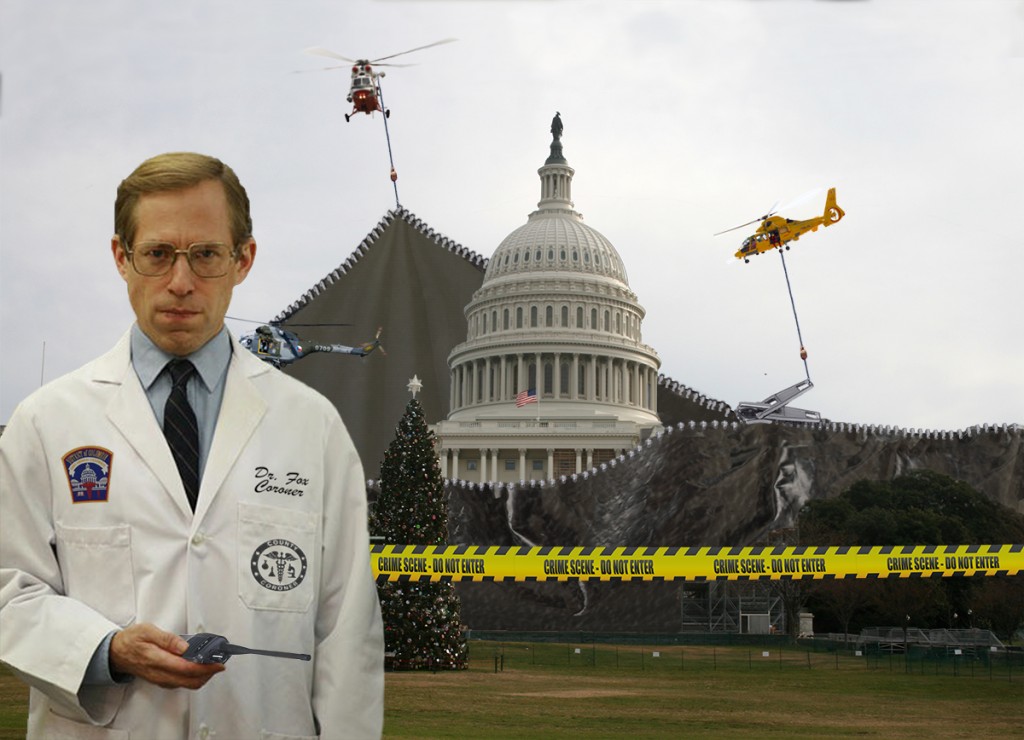 In a somber press release issued earlier today, the District of Columbia’s Office of the Chief Medical Examiner confirmed the nation’s worst fears and announced that the once robust United States Congress is, indeed, clinically dead.  “We did not embark on this investigation with any preconceptions,” stated County Corner Edward Fox, “However, after a full year of total inactivity, and in the absence of all base-line organ function and traditional signs of life, our offices could no longer stand on the sidelines.  We had to make a call.”

Indeed, the decision to certify that the formally vital legislative body has been reduced to a pile of useless, necrotic tissue was not made hastily, according to the brief but dense press release issued just hours ago.  Rather, a careful diagnostic and certification process was months, if not years, in the making.

“Of course, our first thought was coma,” explains Chief Medical Examiner Augustus Faber, “Obviously, you don’t need to be an expert to determine that Congress has been completely inactive, incapable of communicating and utterly non-responsive to even the most painful of stimuli during recent years.  Thus, a finding of  ‘persistent vegetative state’ (or level 1 coma on the Glasgow coma scale) was textbook and a no-brainer.  That diagnosis fit, and we saw no reason to re-examine the matter for many months.”

A change in thinking in the coroner’s office developed in recent weeks, however, as the current Sequestration crisis deepened with Congress failing to act.  “The key to medical death is the demonstrable absence of any significant brain activity,” stated Dr. Fox somberly, “sometimes proving a negative like that (an absence rather than a presence) can be medically tricky in cases where an EKG is impractical.  Luckily for us (at least as diagnosticians), the so-called ‘fiscal cliff’ and ‘sequestration’ matters provided critical and irrefutable data.  It’s simply inarguable that only a useless, brain-dead institution could let things get to this point with so much at stake.  There’s just no room for disagreement on that point.”

Services for Congress will be held at the Washington National Cathedral at a date and time to be determined at some point in the future.