DESPITE SCIENTIFIC CONSENSUS, MOST AMERICANS REFUSE TO BELIEVE TED CRUZ HAS LAUNCHED A PRESIDENTIAL CAMPAIGN 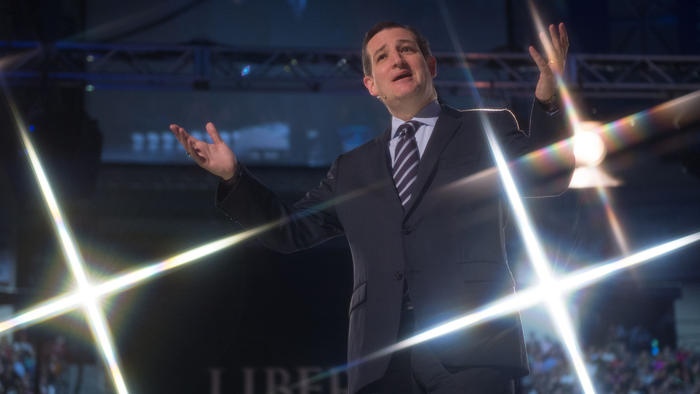 (LYNCHBURG, Va)  Senator Ted Cruz of Texas announced on Monday morning that he would run for president in 2016, however, most Americans remain steadfastly certain that the Senator is not running.  “Listen,” stated John Cochran, a resident of Lynchburg who attended Cruz’s rally, “there’s a lot of information out there; some of it sounds pretty convincing, but I just can’t believe in something that big and troubling without more proof.”

Cruz himself seemed quite frustrated at the disbelief he encountered at, during and after his rally.  “This isn’t a joke.  I’m running, goddamit,” Cruz stammered.  “I have all the documentation a reasonable person would need to see in order to confirm it. I have a bevy of social scientists and experts out there who can tell you that people who have filed all this paper work really do run for office.  What the hell is wrong with you people?  Can’t you see the writing on the wall?”

In spite of his impassioned plea, many remained skeptical.  “Them fancy folks with their degrees can tell me anything they like,” Rufus Tucker, a Virginia voter, told a Citizen correspondent, “but Ted Cruz running for President?  That just doesn’t make any sense at all.”