(Washington, DC) Reports have been flooding in all over the country concerning an epidemic of priapism amongst Republican viewers of Wednesday night’s Presidential Debate.  The numbers are unprecedented and doctors offices are feeling the strain. 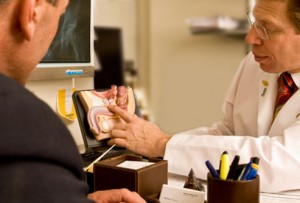 Blood Flows Here When You Think About Tax Cuts

“I didn’t even know what priapism meant til today,” said Kevin Schmidt of Provo, Utah, “All I know is that Romney kicked Obama right in the ass, I have a big ole boner about it, and it won’t go away.  So, after four hours or so, I thought I better call the doctor.  You know, cause of those warnings on the ads for Cialis.”

Indeed, the spoken warnings which end advertisements for drugs used to treat erectile dysfunction seem to have caused a bit of a rush on family doctors.  “In most cases I do think the ads point you in the right direction,” said internist Dr. Gerald Goldstein, “you should see a physician for such a long-term engorgement — especially if it’s painful.  But in this case, people probably could have just taken a deep breadth and thought about something else for a while.”

“Still, it’s not as if I’m unsympathetic. I’m a Democrat, and I had full-week-long nipple erections after hearing Mitt Romney’s comments writing off 47% of the country. But I guess I’m cured now, right?  Boy, howdy, am I cured.” 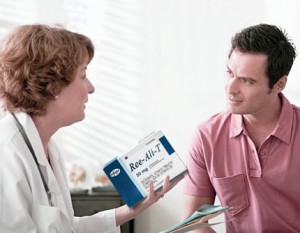 Some physicians are not as sanguine as Dr. Goldstein about the epidemic.  Dr. Susan Davis — a psychiatrist practicing in Beverly Hill, California — thinks medical intervention, in the form of pharmaceuticals, can help:  “Look, a lot of serious conditions are caused by environment factors.  Here, Romney’s debate performance is causing the tumescence, but that doesn’t mean I can’t help.  I’ve been suggesting a good dose of Ree-Ali-T to all my Republican patients.  It’s a great new drug that really has been helping.”

One patient currently being treated with the medication agreed emphatically: “You bet. That Ree-Ali-T stuff took care of me pretty fast. I mean, a couple of doses and I started to realize that there were weeks to go and Obama still has a pretty substantial lead in the swing states. That took the wind out of the old sails pretty quick, if you get my meaning.  I’m not saying the debate wasn’t great. It was. But walking around the way I was just wasn’t seemly or sustainable.  I think we all need a dose of Ree-Ali-T from time to time.”

Some purists, however, disagree with this form of medical intervention as a matter of principle.  “No, sir,” said one GOP pundit, “I don’t like this psychiatric mumbo jumbo one little bit.  If people are ridiculously jazzed about the debate, let them be ridiculously jazzed.  That was the real Mitt Romney out there Wednesday.  Everything he said was factual, defensible and consistent; we’re gonna ride this wave straight to November 6.  Why in the heck should I calm down and get a grip?  You calm down and get a grip!  Ree-Ali-T isn’t for Republicans!  It never has been, and it never will be!  Screw Ree-Ali-T!”

Neither Mitt Romney nor President Barack Obama could be reached for comment.