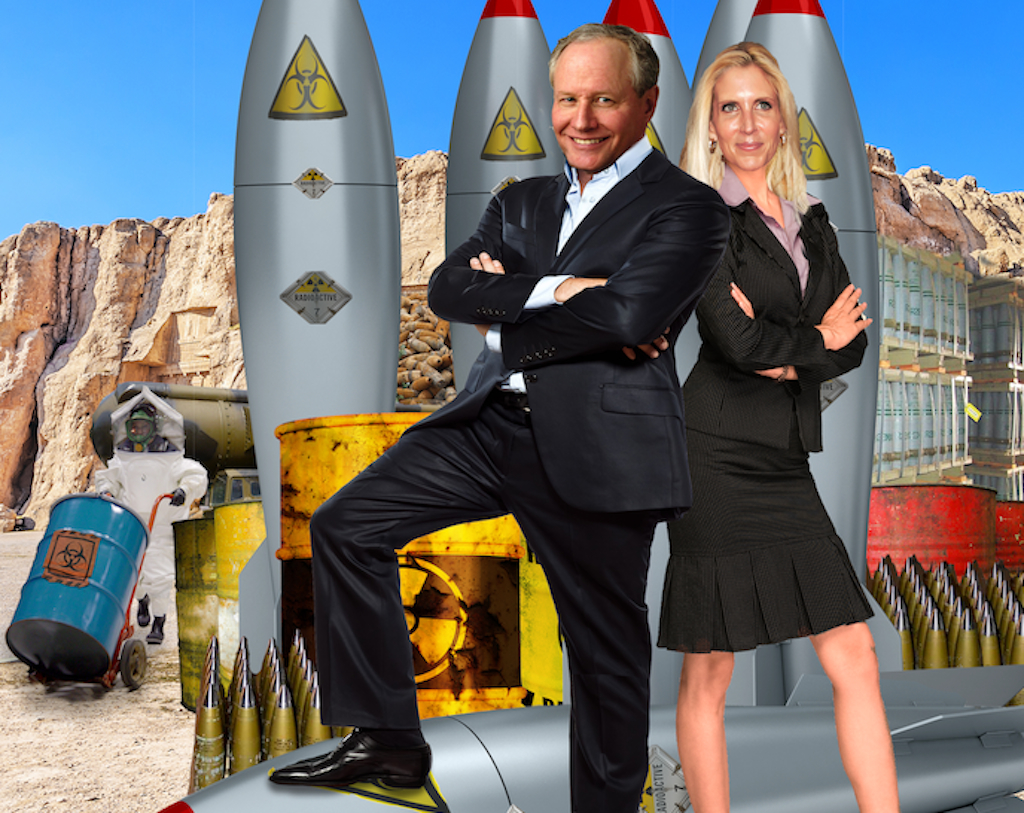 (Citizen News – Basra, Iraq)  Iraqi authorities evacuated and quarantined a ten mile area just outside Basra today after Bill Kristol and Anne Coulter uncovered an enormous cache of chemical, biological and nuclear weapons in the region.  The clearly labeled munitions were easily identifiable as being a stockpile left over from the reign of President Saddam Hussein. The Bathe party leader was removed from power by allied forces known as “The Coalition of the Willing” in August of 2009.

Until now, the Iraq war was considered a “black mark” on the record prognosticators like Bill Kristol and Ann Coulter who repeatedly voiced their certainty that WMD would be found in Iraq and were harshly critical of any who expressed even the smallest doubt on the matter — referring to them variously as “appeasers,” “idiots,” “terrorist sympathizers,” and “un-American Liberal fools.”

Of course, when no weapons were found in the wake of the American invasion, and the Iraq war became a quagmire costing America significantly in blood and treasure — pundits like Kristol and Coulter did the only thing they could: expressed their sorrow and left the public scene.

“Of course I couldn’t return to journalism, let alone television,” Kristol explained standing before the newly discovered stockpile.  “I had been so horribly, stridently wrong about so many critical things, I couldn’t even listen to myself — let alone ask anyone else to believe a word I had to say.  I mean, I’m the guy who said that it was just ‘pop psychology’ that Sunni’s and Shia’s might not get along.”

Indeed, for the last decade, news programs and periodicals across the political spectrum have been unwilling to credit or give a platform to pundits like Coulter and Kristol — at least in the area of foreign policy and military interventionism.

“Today’s find is a major boon to me,” stated This Week’s host George Stephanopoulos, “I mean both Ann and Bill are such lovely, humble people and I can’t wait to have them back on my show.  But before this find, they were just too utterly ashamed to appear on TV and discuss foreign policy.  I mean — after looking so foolish who could blame them.”

“It’s not like I could have them on either; there are journalistic standards that come into play no matter how much you personally like a potential guest.”  Shaking his head, Stephanopolous concluded, “I didn’t think Ann would ever get past the fact that she called the Iraq war a ‘magnificent success’ even late in the game.  But this goes a long way into rehabilitating this pair.”

Coulter, for her part, is not quite ready to return to the public scene.  “Bill and I still have a lot of work left to do before our credibility is fully restored.  We’ll work hard but we have to prove to ourselves that our opinions are worth listening to.  The last thing either of us would do is just ‘go out there half-cocked’ and act like we know what we’re talking about.”

Coulter and Kristol’s next stop is Antarctica where they intend to study ice core samples in order to prove to “themselves and the world” that they have been right about global warming all along.