OCTOBER 18, 2012 (COLORADO SPRINGS, CO) Embattled star athlete Lance Armstrong’s reputation took another major hit today when it was revealed that — in addition to lying and cheating throughout his celebrated career as a cyclist — he was also, beyond a shadow of a doubt, the second gunman who shot and killed President Kennedy from the infamous grassy knoll in Dallas, Texas on November 22, 1963. 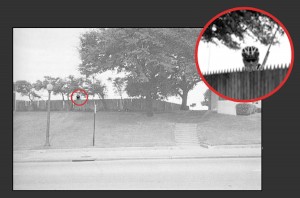