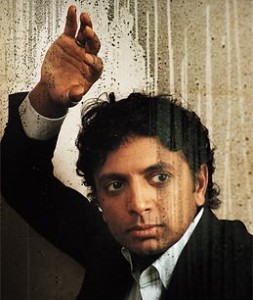 (Willistown, PA)   Sources close to M. Night Shyamalan report today that the auteur filmmaker is secretly pleased that his mega-flop “The Last Air Bender” can no longer be called the most hated movie in the history of mankind given the widespread rioting that has greeted the film “The Innocence of Muslims” throughout the Islamic world.  “Look,” a source close to the writer-director stated on condition of anonymity, “it’s not like he’s happy about any of this; of course he’s sad about the violence.  But, you have to understand — this anti-Muslim movie knocked Airbender right off the charts. People hate that thing way more than anything [Shyamalan] has ever made.”

“Wow,” the soft-spoken man concluded after a reflective pause,” I really never thought I’d be able to say that sentence out loud.”

Indeed, contrary to previously settled thought on the topic, there seems to be little dispute now that even the worst of Shyamalan’s films — from “Lady in the Water” to “The Happening” to “The Last Airbender”  — represent only a minor offense when considered in the grand sweep of history.

“I got a really bad headache and kinda nauseous watching ‘The Last Airbender,’” one internet-based film critic confided, “but all this stuff in the news really puts things into perspective.  I mean, maybe I went a little over-the-top when I called the thing ‘a disgrace in the eyes of God.’  I’ll have to think on that.”

This entry was posted in Also Inside, Breaking, Filter, Humor and tagged Movies Funny Political Satire. Bookmark the permalink.